From September 10-14, the printing industry came together in Chicago for PRINT 17. Standard’s booth was one of the largest at the show, and was packed with equipment set up for live demonstrations in die-cutting, perfect binding and trimming, slitting and creasing, folding, saddlestitching, inspection systems, and roll-fed print solutions. This year, the highlights included the new Horizon BQ-480 Perfect Binder, North American debuts in folding and saddlestitching, and Hunkeler’s anticipated POPP8 finishing line. 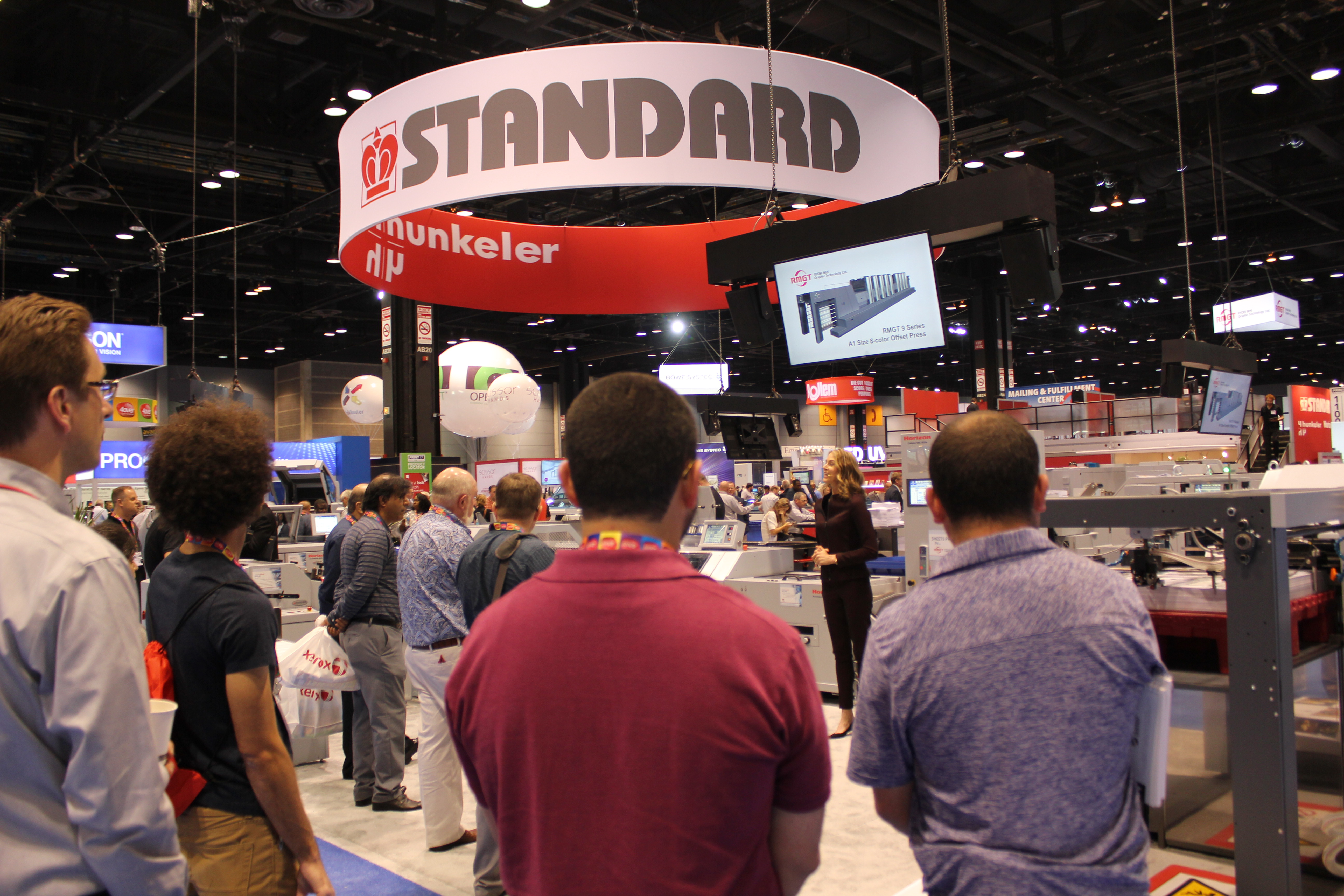 Attendees crowded the Standard booth throughout the show for equipment demonstrations and a series of live presentations on several of the new systems. Standard’s VIP customer program also saw continued success at PRINT, hosting a number of customers for scheduled booth tours and demonstrations. Along with partners Horizon and Hunkeler, Standard produced a comprehensive range of finished products throughout the show, including various pre-printed cut-sheet and roll-fed applications developed in close cooperation with leading press suppliers Canon, Fujifilm, HP, Kodak, Komori, Konica Minolta, Ricoh, Ryobi, Screen, and Xerox.

“We had great turnout in the booth, and reactions from our customers and our partners were universally positive,” said David Reny, Executive Vice President at Standard. “It was exciting for us to introduce so many new products to the North American market, and we look forward to continuing to meet the changing needs of the market well into the future.”

Innovations in Perfect Binding and Saddlestitching from Horizon

A popular attraction at PRINT, the new Standard Horizon BQ-480 was presented as a standalone system and also as part of the Smart Binding System, converting pre-printed rolls into finished books in a continuous, fully automated, touch-free process. The latest introduction in Horizon’s acclaimed line of perfect binders, the BQ-480 sets new standards in automation and efficient, high quality production, reaching speeds of 800 books per hour for book of one production, at book thicknesses from 0.04” (1 mm) to 2.56” (65 mm).

Two new saddlestitching solutions made their North American debuts at PRINT 17. The Standard Horizon StitchLiner Mark III features expanded booklet size and increased productivity up to 6,000 booklets/hr, and can produce a wider range of applications, including landscape-size booklets, 12” by 12” calendars, and pocket booklets as small as 4.5” by 3.5”. The Standard Horizon FoldLiner takes an innovative, hybrid approach, combining saddlestitching and folding to go from digital or offset press sheet to saddlestitched booklet in one efficient system. The FoldLiner accommodates press sheets up to 40″, producing booklets at a range of page counts, also reaching speeds of up to 6,000 booklet/hr.

Hunkeler’s POPP8 is a Must See 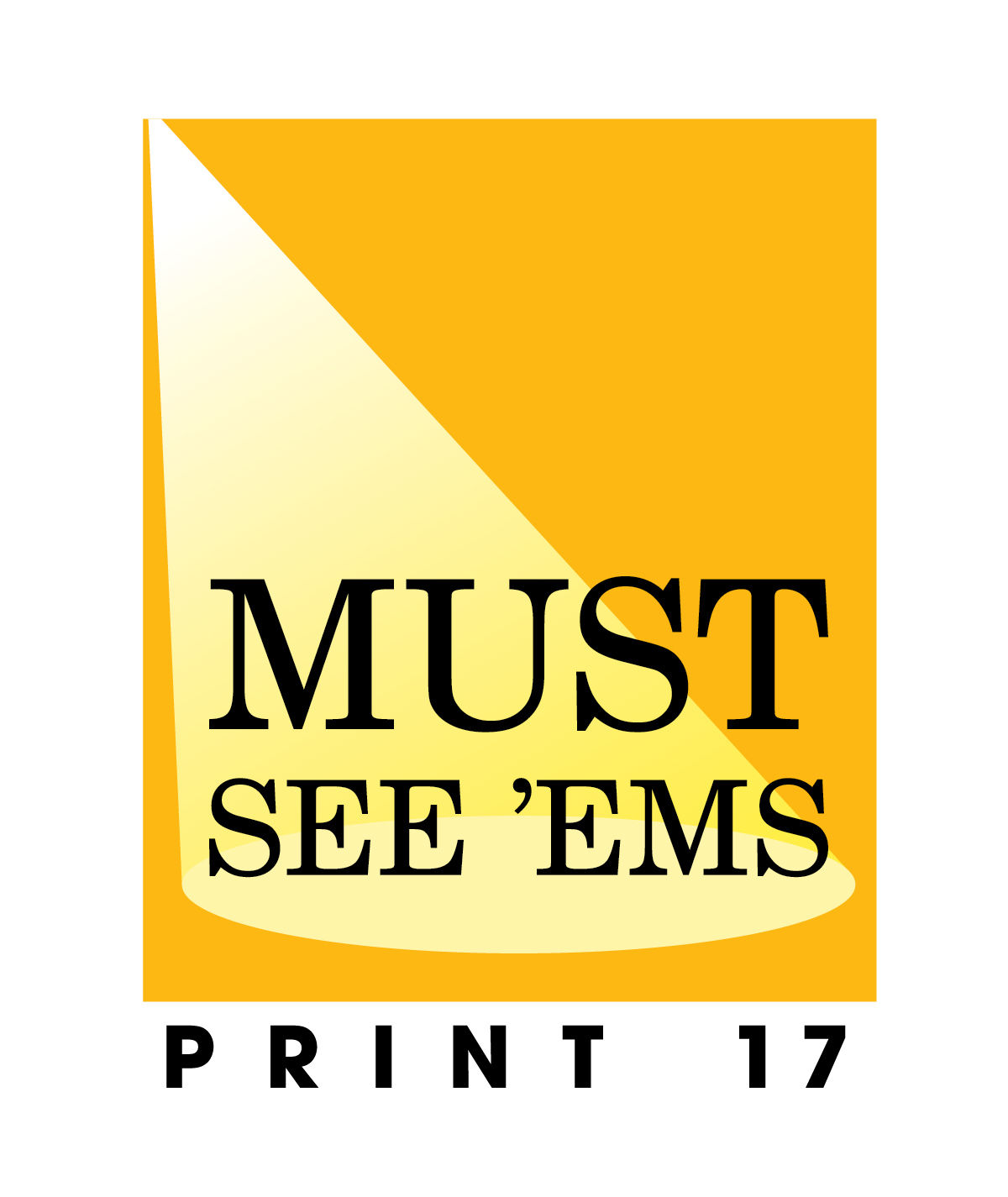 Hunkeler’s POPP8 generation, a 2017 “MUST SEE ‘EMS” Award winner, also premiered in North America at PRINT. POPP8 builds off of the successes of the POPP6 line, featuring even greater automation, a wider range of formats and paper weights, and increased speeds (600 fpm) and web width (22.5”). POPP8 has been designed with full color inkjet applications in mind, and supports stocks from 27 lb text to 12 point card stock. The new POPP8 modules on hand at PRINT 17 were presented in Roll-to-Stack and Roll-to-Fold configurations and included: the WM8 Web Merger, CS8 Rotary Cutter, SE8 Offset Module, LS8 Stacker, and WI8 CIS-based Web Inspection.

Standard was pleased to collaborate with a range of partners across the show. A Standard Hunkeler Roll-to-Roll line was shown in the Ricoh booth inline with a Pro VC40000 press, and a Roll-to-Stack line ran in the Screen booth on a Jet520NX. PRINT 17 also marked the debut of a new Horizon bookletmaking solution for integration inline with the HP Indigo 7xxx-series presses, shown in the HP booth.

Click below to see videos of the live presentations from the show!